I Got It Now 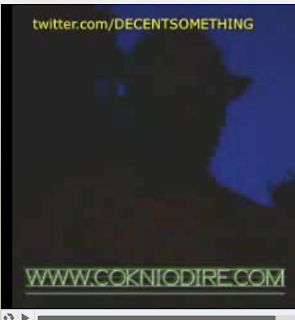 Its been over a year (still can't believe it) doing this Ustreamness. Its been all that I thought it would be. I play what I wanna play for people all over the world. Met some cool folks and I'm learning from a great network of DJs that we call ONE NATION RADIO. The Most Dangerous @DJMELLSTAR, @BOOGIEBLIND, @DJ_SKINNY, @SISTASTROKE, @DUMMYTHEDJ to name a few who inspire me and have shared their music.
One of our listeners Dooks P from the UK actually gave me some advice about how to format my shows, He simply asked if zi ever thought of a theme? The thing is, I pride myself on not playing predictable formats, but just so that I don't lose anybody including myself, I will share with you the DECENT SOMETHING LISTENING GUIDE.

Sundays at 7PM EST 4PM PST I do my Reggae program. I start with the intro chune "PREPARE" by Luciano and from there for the first half hour I play JAH-centric music. This is music that glorifies the Creator. My ideal is biblical in which you seek the LORD first and then everything after. I used to practice RastafarI and Islam and even though I am Christian I haven't canceled out my allegiance to Rasta or Allah. My belief is Ras Tafari is Christ in His Kingly character and Allah means more than our concept of God. Much bigger than our human physical understanding. (Pardon me for proselytizing. We can talk about that on a later date.)

The next 15 minutes I play some crucial roots music. The intro song is "Roots" - Bob Marley. After that on the East it oughta be 7:45 so I start play pure 7" 45s for the next 15 minutes. My joints rep my whole show as I juggle from Ragga to Rocksteady to Roots to Dub to Ska to Classics. At the top of the hour its FIRETIME at 8PM so its time to shake off the crosses and have a good time for a half then its all about ROCKERS (Lovers Rock, Rocksteady, Classics and the like.)
Glory to GOD I have been getting great response. Thanks again Dooks P, Richie Criss and my wife and Queen for helping me structure the program.

On ALIVE ON ARRIVAL Mondays 2PM EST I set it off with GOSPEL (Not the stuff that made you wanna leave church but the stuff that make you wanna got to church in the first place. LOL) Then I don't where I go from there but I trust the LORD that I wind up there. Please send me any requests or critique. Its all for you! decentsomething@gmail.com

SALUTE
Posted by King CoknI at 12:25 PM No comments:

Sinus is a Minus, Plus it Sucks!!!

Real quick. I been sufering for bout 2 weeks with severe sinus congestion and drainage. Its wack as hell. I be having a conversation with a colleague or client and my nose would run like Bolt. Its the worst. I'm getting allergy shots form my doc, but I don't love that. I truly believe there's a cure in the herb. If you have any answers to how I can be cured naturally. Please hit me up at decentsomething@gmail.com Thank you and I'll talk to you later man.
Posted by King CoknI at 2:23 PM No comments: