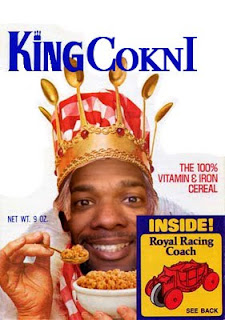 I was listening to the Ricky Smiley Show for the firs time in a long time. Pastor Haynes came on and had a real good message. The message was whatever negative thing anyone has to say about you or your project is something you shouldn't give any concern to. He said it wasn't our business but their business! When I heard that I was like YEAH because them haters don't know me they just know what they see and what they witness in the past or heard but it still ain't first of all and definitely far from my future.

Not too many people have said daunting things toward me but the few that have really hurt me to the core, but me nah let that happen after this. So I hope you are blessed from reading this because I personally know a lot of y'all are more than what I see. I see some ill business owners some sick artists and producers that soon run them owner thing.
To my manz RICHIE CRISS BOSS HARMONY MURDA T DAZDILLINJA and my sisters MONA LISA and MOCHA SUNFLOWER
SALUTE
Posted by King CoknI at 2:37 PM No comments:

Last year there started a movement with the 3 made men stations on Ustream.tv that I was messing with. Beatminerz Radio, 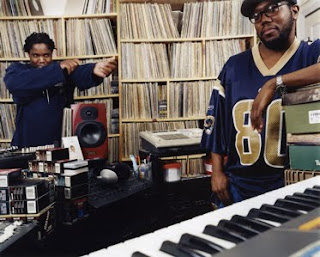 DeLa Soul's Dugout, and Scratchvision.com formed BDS. Others such as myself thought that was great. It was a movement that unified the music that was made by the guys that were also the DJs for their stations. It also included all that were affiliated such as BeatJunkies, Justice League, Soul Assasins and The Funhouse in the UK.

There have been legendary broadcasts of an intimate session with Mos Def on the De La Soul's Dugout, a dope interview with KRSONE and Bumpy Knuckles What could go wrong? Nobody was getting paid, you ain't have to pay to enjoy the broadcasts and what it was doing in essence was bring us closer to the fans and bringing us fans closer to the cream of hip hop. Obviously there's the matter of marketing and brand building that shouldn't be ignored, but all that can pop without getting in the way of BDS business. Or as it would seem. 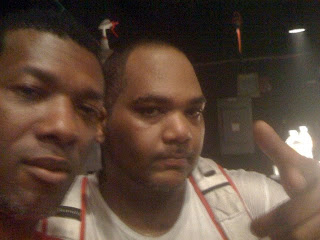 First thing to go awry was Scratch's situation with his personal relationship with Spinderella which someone felt was not supposed to sit well with anyone on Scratchvision. It erupted into the site getting shut down and all kinda awkwardness which I never signed up for. Scratch not one to be bullied by terrorism, rose above the negativity an relaunched his site and kept it all live and intact. I like Scratch. He's a champ from the hood winning the Battle for World Supremacy as a DJ back in the day and elevating the sound of one of the best rap groups in history, EPMD. Scratch also has an enormous catalog of songs that he produced and another credit to him was when ask in a issue of Scratch magazine who his favorite producer was he gave it up to Jay Dee/J Dilla. Scratch aka The Prez aka Superman aka Jason aka Immaculate Hands is a superstar and at times he comes off conceited. I don't see him like that. He should boost up himself. I learned a lot from him and when I met him at Beatminerz studio he gave me mad love.

Scratch is about getting that dough and he about the culture. The culture of staying fly which is a big a part of hip-hop that a lot of cats either ignore or so it wrong, but everybody wants to be fly. His studio is fly, his approach to the game is fly, and he got the fly line up on his show. DJ June, Spinna, Kenny Dope and he got a ill sex-Ed show Toy Chest with BK Mami Crazy Toy Lady and one of my favorite DJs, Mocha Sunflower of the BeatMinerz.

De La Soul's Maseo heads The Dugout and out of all the stations, its my favorite to visit. The Dugout has a positive vibe. They play all types of music uncut and touch on all types of topics but somehow the vibe of the show is always positive. Freddie Foxxx aka Bumpy Knuckles aka The OG was ushered in on The Dugout. Through this exposure I got to see Bumpy in a different light. I was always intimidated by his presence as well as one should be, but in The Dugout he came off mad more approachable and he mad more talent than I would of ever realized. He was always cool with me. Hit me up from time to time with advice on how I could enhance my broadcast and ting. Good yout.

BDS IS THE MOVEMENT. Until ...

Maseo called me and told me he wasn't with it no more. He felt Scratch didn't allow anyone access to co-host and then worst part was when he announced that him and Bumpy was through. Maseo patiently expressed where his allegiance was and let be know if anything happened to him or his family that it would be on Bumpy. I was like whoa as you might of been. All I know is I don't know WTF is going on. I'm just about this music and its mission. I'm praying for all this to squash and squelch, but in the meantime its just BDS for what it means to me:

Posted by King CoknI at 5:34 PM No comments: