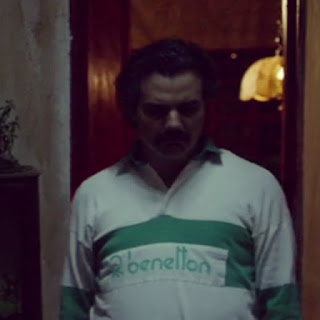 My name is one of my pets. A pet name if you will. Why not?
Still, the point I'm making that the entitling of the event, COKNIO UNCHANGED's obviously a Django movie style thing. It was important to me as most things I am involved in is as important to you.The movie THE HARDER THEY COME that I saw in the movies at the ripe age of 6 with my family and the whole block to the Cambria Theater on the boulevard of Linden. In that movie, it shows a scene from Django and I was like yo!! I dug how the guys had red hoods on a teeming with gun. In the flim you watch the black faces in the cinema watching Django from the Kingston Rialto. Just the blend of the theater IRL and the scene on screen was like, NY and Jamaica captured in a moment together. One screen in front of me and the other on the letterbox of my heart. (cornball) At SIX I knew what was aesthetically appropriate in an urban Caribbean setting. I don't know if it was because the movie gave the Jamaican community great joy that they didn't give a fuck if they were saved and sanctified because was from out their Christian lips all in the theater is where I first heard all the CLOTS. I thought it was the movie but no .. the only cuss they say is fuck, tu rass and backside.

Let me get to point that I'm illustrating poorly of what I wish to convey. Part of the passion why I love DJs has a lot to my early introduction to music cinema and esoterica. You'll more than likely follow what I mean when you hear the type of music a play. The flave of the dancehall style that I enjoy which is JUGGLIN. If you know what that means, SALUTE. If you're not sure. SALUTE. Each one Teach one is a pillar. Basically, jugglin' comes from football jugglin where you keep the ball rolling in step; flipping different style displaying ill technique. It dazzles the watcher and can hypnotize a defender. (You know I'm talking about fut'bol right?)
Just like in the sport of DJing you are given media to transcribe to an audience in a way we would hope would rock. Some DJs I don't what they thinking. Its OK to stay home you know? Well, I was raised that this game is always collaborative. A DJ is a Disc Jockey and a Jockey haffi move YAW!!! And as an NFL reference, the QB is best from the pocket and running all over the place. It is entertaining but sometimes you are just required to do your job. Stay on the set and make the plays. ENOUGH SPORTS!! A MUSIC WE DEFEND. A selector knows how to pass it to the operator while the mixer is prepped propper making a creative cohesive experience for the crowd and mic chanter. The owner oughta make good on their investment. This reminds me of those sick dancehall tapes with Papa San and Lt. Stitchie and dem man deh. They would juggle lyrics and one of my favorite styles was when they would take a topic and make a party theme out of it. Like San did Animal Party and Stitchie did a thing with Ants where Super Cat kills it with Vineyard Party I think it name Ants A Badda Me. Wicked. (See link:) Point is they used to say things like "Keeping a dance inna di gun shop where every gatlin cock up to fire gun shot" or some shit like that.
I just be digging homogeneous lyrics. You know what I mean everything going together in a fine style. 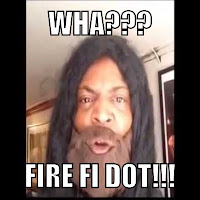 Thanks for checking for this Umoja mix on the OTO Show podcast. This set is on that... I can't front, I was very happy with how the mix turned out and the crowd at Nola's in DTLA that Beautiful Cali night in spring 2013 [Pisces Season]. Shout to Zoe Saldana and my girl Amy Kravitz in the house!! Thanks again for spending this time with me again. Consistency requires the right type of mixing before you pour everything to make that cake. SeenPLEASE FOLLOW ME ON FB and INSTAGRAM @ninjaDEMUS on TWITTER.